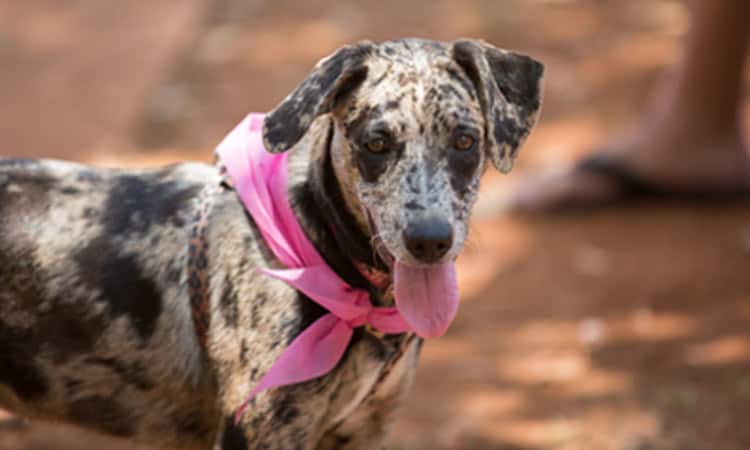 What Is Breast Cancer?

Breast cancer is the uncontrolled growth of abnormal mammary gland (breast) cells. If left untreated, certain types of breast cancer can metastasize (spread) to other mammary glands, lymph nodes, the lungs, and other organs throughout the body.

While any pet can develop mammary tumors, these masses occur most often in older female dogs and cats that have not been spayed. Siamese cats have a higher risk for breast cancer than other feline breeds.

The exact cause of mammary gland cancer is unknown. However, dogs and cats that are spayed before their first heat cycle are less likely to have breast cancer, so hormones may play a role.

Treatment with hormones for other conditions may increase the risk for this type of cancer. In the past, hormones were used to treat some behavior and skin problems in cats, but this has generally fallen out of favor. Some hormone treatments are still being used in dogs, such as estrogen in the treatment of urinary incontinence, but other alternatives are usually available.

Genetics may also play a factor in canine breast cancer. Recent findings show that certain genes are overexpressed in dogs with this condition.

What Are the Signs of Breast Cancer?

There’s no way to determine if a lump is cancerous simply by feeling it. But since any lump in the mammary area has the potential to be cancerous, it’s a good idea to check your pet regularly.

Mammary tumors tend to be firm, nodular masses that feel like BB pellets under the skin. Tumors may be located in a single mammary gland (the area around one nipple), or they may be in several mammary glands at once. The skin covering the tumor may be ulcerated or infected. Nipples may be swollen or red, and there may be discharge from the nipple itself.

How Is Breast Cancer Treated?

Early detection and surgical removal of the masses is the best treatment option. Before performing surgery, your veterinarian will most likely recommend blood work and radiographs (X-rays). Chest radiographs are important to check for metastases to the lungs, and abdominal radiographs may show signs of enlarged lymph nodes. If the radiographs show no evidence of metastasis, the pet has a better prognosis.

Because of the high rate of malignancy in cats and the fact that cancer often invades several mammary glands along the same side of the body, a radical mastectomy with removal of all mammary glands on the same side is often recommended. For cats with masses on both sides, two separate surgeries several weeks apart may need to be performed.

Unless dogs have multiple tumors, they may not need to have as much tissue removed as cats. Submission of the tissue for microscopic examination will determine if the tumors have been completely removed.

If your pet still has her ovaries and uterus, your veterinarian may recommend spaying your pet at the time of mammary surgery.

Can breast cancer be cured?

Yes.  In many cases breast cancer can be cured.  But early diagnosis and treatment is a must.  Surgery to remove small masses is more effective and less costly than operating on large masses.  Annual check-ups are important as well as at-home monitoring.  If you locate a firm mass in the breast area, especially one that is greater than ½ inch in diameter, we should check it and take a biopsy to see if it is malignant.