We are a proud sponsor for the largest 5k race in Brevard County, The Turtle Krawl 5k Run/Walk. 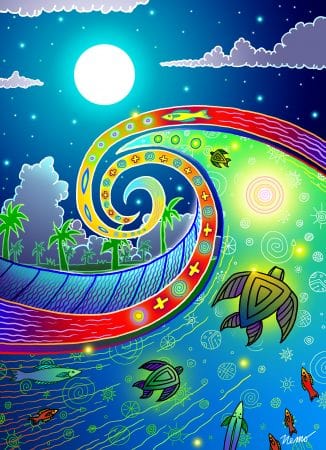 The Turtle Krawl was originally created in 2001 by Donna Lee Crawford, who worked for Brevard County Parks and Recreation Department at the time. She describes the original Turtle Krawl as a “family fun 10K Bike/Skate and 5K Run/Walk held in the Archie Carr National Wildlife Refuge.” From 2001 through 2008, the event “grew to nearly 300 participants and over 20 sponsors contributing up to $2000 annually to benefit the Sea Turtle Preservation Society (STPS). In addition to the purpose of the event being a fundraiser, it was also to raise awareness in the community for the important conservation and rescue work STPS volunteers conducted to protect the endangered sea turtles that nest on our beaches in Brevard County.”

When Donna Lee left the Parks and Rec. Department to work for the Environmentally Endangered Lands Program at the Barrier Island Sanctuary Management and Education Center in 2008 that was the end of the Turtle Krawl. There was no race in 2009.

In 2010, the Sea Turtle Preservation Society Board of Directors voted to resurrect the Turtle Krawl, changing many aspects of the event but keeping the name the same. The STPS decided to move the race north to the heart of Indialantic, where the STPS Sea Turtle House is located. They hired Running Zone to provide course management and electronic timing.

Hoping for 250 registrants, the STPS was astounded when more than 600 people signed up for the race in 2010, netting more than $8000 for the non-profit, volunteer-run organization.  The race has continued to grow since then, attracting as many as 2800 participants.

This year the race is on September 14, 2019.  Animal Medical Clinic is happy to sponsor this event to help support the fine work of the Sea Turtle Preservation Society. Visit: http://turtlekrawl.com/ to register.